A lot has been going on lately, some of it challenging my sanity. I live in a lovely condominium with trees all around, beautiful green lawns and where neighbors are nice but generally keep to themselves. A condo next door to me (I live upstairs in a flat that comprises all 950 square feet with two two-story condominiums connected to my back wall) was vacant for months while the owner tried to sell. With the housing market as it is, a sale didn’t happen and the owner rented it out.

They rented it out to two young men, probably in their early 20’s. I’ve had to ask that their visitors stop blocking my car, that they turn down their car stereo when in the carport, stop blasting their music and to get off my stairs. They sit there on my stairs below one of my living room windows and choke away on their cancer sticks, the smoke moving straight up into my home. The last two nights, I’ve had to burn incense and candles to get rid of the smoke smell. Worse yet, they leave their windows open while smoking pot, thus that disgusting smell wafts outside into my airspace.

A quiet little area has turned into traffic central since the first of the month! If they don’t respect my boundaries, I will need to complain to the homeowners association. Maybe there is another way, though-

I saw Freedom Writers where young people were encouraged to write their experiences and what life was like for them. In this vein, I realize I have no idea what their lives were like growing up, what their lives are like right now, why they act the way they do. Maybe I can go buy them some notebooks and encourage them to write about their goals in life and what they want to do other than irritate their quiet straight-laced neighbor.

As for writing. My novel is starting to come together quite nicely. I am on Chapter 8 now, page 83, 17,270 words. I am really enjoying this process of allowing my characters to tell their story. It’s fun writing without knowing what will happen next, allowing the characters to be people too. Yes, I know- if you are a non-writer reading this, I must sound like I belong in the loony bin. But, the truth is that characters are people too!

I find that I am most creative when I make myself sit down and write, when I don’t wait for inspiration, when I have a schedule and I stick to it. No matter what happens, I write at least one hour six days a week, more if I can. Writing to me is as essential as breathing, sleeping and eating….

So much for that….

Looking forward to when Don and I visit Grandpa on Saturday. I’ll have some more to write.

So much for now….this moment, this breath….
at September 12, 2007 No comments: Links to this post

The Party and the Elk

This weekend, Don and I drove five hours from his home in Clearlake up to Northern California. We left a little after 6:30 a.m. on Saturday. The main focus of this vacation was a 50th wedding anniversary party for my Uncle George and Aunt Bertha. Even though I have not seen much of them over the years, and had not seen some of my cousins since I was a kid, I have fond memories.

When I was around six years old, my parents bought their first house in Fortuna, a small Northern California town about 2 hours from Trinidad, where my Aunt and Uncle still live. During the move, my older brother, Tommy, and I were sent off to stay with George and Bertha. Uncle George taught me how to milk cows; Aunt Bertha showed me how a chicken runs around with its head cut off. As we sat around the dinner table eating fried chicken and drinking fresh milk, there was plenty of chatter and laughter. At night, we all huddled in the bunk beds that Uncle George had built for his six children.

At the party, I realized what a gift it is that George and Bertha made it to their 50th anniversary. Uncle George battled leukemia for several years, and has been in remission for awhile now. Both he and Bertha are strong, loving human beings. It was such a joy to be there and share in the love they have for one another and their family.

After the party, we headed on up to Crescent City to stay the night with Don’s brother and sister-in-law, Ed and Tori. On our way up, we came upon a large grassy area to the side of the road where a herd of elk grazed, their presence so magnificent and statuesque. I counted 25 cows and one buck, all within about 20 feet from us. Several tourists stopped along side of the road and got out of their cars to take photographs or to just observe. The elk seemed unbothered by the human presence, even though the buck scratched his huge antlers on a tree and watched us, as if protecting his family.

That night at Ed and Tori’s house, I wanted to do some longhand writing in a spiral notebook I had bought along the way. But, by the time dinner was done and we were settled in, I was so tired that I couldn’t bring myself to write a single word. Instead, I fell asleep on the sofa while everyone else watched a program about wildlife! Sometimes I can beat myself up for not writing. However, I also know that it’s okay to take a short break as I do with anything else, just as long as I get back to it after vacation. Saturday and Sunday were my break from writing.

Sunday morning after breakfast, Don and I headed back home. On the way, we noticed a sign directing us to another place to view elk. We found ourselves at a park with hiking trails shaded with towering redwoods. We decided on a hike, and on the way back the herd of elk grazed in a meadow with a swamp/marsh area. After eating her fill, one of the cows led the rest of the herd into the swamp. Soon, the buck came along and chased the female elk across the swamp away from the herd and out of the water! Once the cow got on land, the buck lingered in the water, as if keeping guard. After about fifteen or twenty minutes, the buck headed the other way back to the herd, dipped his antlers into the swamp and then, in quick succession, tossed water and moss all over his back. Before we knew it, the entire herd started running as a unit through the meadow, shaking the very ground we stood on.

Today, as soon as I got home and completed some essential tasks, I sat down and wrote on my novel. I have come to realize that I need to make time for writing whether or not other stuff gets done. In my two days of adventure, I can pull out many story ideas. I think I want to write a short story about an elk- how about writing it from the elk’s point of view? Okay, maybe that is a little far-fetched. But, the point is that story ideas are everywhere and it is up to me to sit down and write.

Hello, Everyone! I am throwing out a reminder to followers of this blog that I have launched a new website which I am now maintaining at w...

Susan Littlefield
California
When I'm not busy being a paralegal, I write short stories created from the "what if" situations of my life. I am also working on a novel and several short stories. 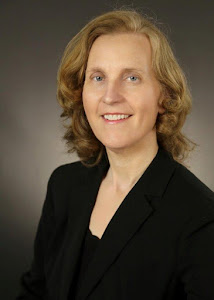